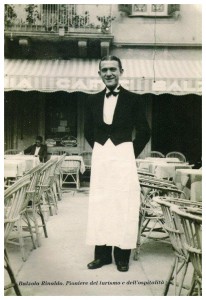 Balzola’s coffee and pastry shop originated in a little town located between the hills of Montferrat: Villamiroglio. From there Pasquale Balzola, the family’s forefather, set off for Alassio, where he bought an inn with stables in Piazza del Commercio.
For the first time, back in 1902, a sign bearing the name Balzola appeared on the market.
The inn quickly created new habits and gave birth to new customs. In those years the “Aperitivo di Alassio” and the “Amaro dei Saraceni” also appeared. Both drinks were exclusive to Balzola and, shortly afterwards, the inn became an essential rendez-vous.

But a new generation was already pressing the old one.

Young Rinaldo, Pasquale’s son, specialized in the refined school of Gustavo Pfatisch, one the most famous pastry makers of all time and, in 1919, he graduated in the prestigious art of pastry-making; then he created and patented the famous “Kisses from Alassio”. For the business and the family that step represented an authentic leap forward and from then on the business took off to unhoped-for heights. In 1929, in fact, the Savoy Royal Family employed the young and talented Rinaldo Balzola as their pastry chef in the royal house. 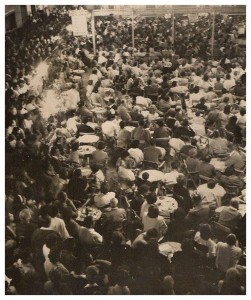 Those were years of great success; those where the times when Balzola’s fame consolidated on an international level, importing a new tendency directly from Paris.
Actually, Balzola’s coffee and pastry shop was one of the first places in Italy, and surely the first one in Liguria, to open up to the new slant of café-concerts. At its tables its customers were not only tempted by the delicacies of the pastry shop but, at the same time, they were could enjoy the performances of the best Italian orchestras of the time. It was the Belle Époque period and Alassio soon became, in the wake of the Balzolas, a longed for resort for the VIPs of the time. Gabriele D’Annunzio, for example, once attended the place with Eleonora Duse and two stunning greyhounds, leaving everybody baffled and open mouthed. Another less flamboyant customer was Maskim Gorkij, who used to meet up with famous thinkers and intellectuals there.
With the passage of time another means of communication started to be used by artists and musicians to make themselves known to the public: the radio. Nevertheless the place did not lose its fascination and prestige. And that was so true that, after the War, the stars of the time continued to perform there. The list included such famous singers as Beniamino Gigli and Tito Schipa. In the ‘70s new names of great acclaim made Balzola’s coffee-shop appear in the gossip columns of national magazines. Those big names were Agnelli, Pirelli, Lancia, Marzotto and many others, all belonging to the great industrial families of the period.

Even two top representatives of the confectionary industry, Motta and Alemagna, seemed to appreciate Balzola’s creations and frequented the coffee shop when in Alassio.
Then, notwithstanding the coming of discos which were soon to become a favourite meeting point for younger generations, the fame and prestige of Balzola’s pastry and coffee shop remained unvaried. 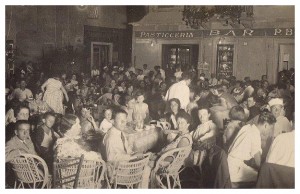 In fact, although the café-concert was no longer in the spotlight, the Balzolas were ready to open up to new working methods and continued to evolve.
Unfortunately, just before the Cafe’s (celebrating the) 90th birthday celebrations, Commendatore Balzola passed away. However, his son Pasquale, named after the founder, led Balzola’s coffee and pastry shop to celebrate its 100 years of activity in 2002! 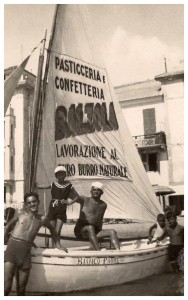 To mark the big event, the Minister of Interior, Mr. Claudio Scajola, consigned a commemorative medal to Pasquale Balzola. manu propria.
The first years of the New Millennium were full of important innovations. Globalisation was a fact nobody could ignore and the Balzolas were ready to adapt to it. So, though always respecting their roots and traditions, the Balzolas opened an ice-cream parlour selling high quality handmade ice cream and a shop selling prestigious art objects which recall the style of the interiors in the original shop.
Then another important objective was reached thanks to Cavaliere Pasquale Balzola’s farsighted management of the business: its 110th anniversary!

Today, after more than 110 years on the market, the fourth generation is leading the business. And that is an unmistakable sign of how their art and style, rightly awarded with the prestigious membership to the association of Italy’s historical public places, is still driven by that same spirit which, more than 100 years ago, Pasquale Balzola used to start his big adventure! 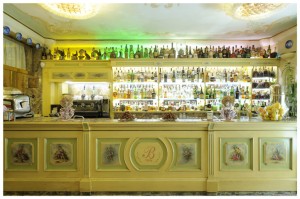 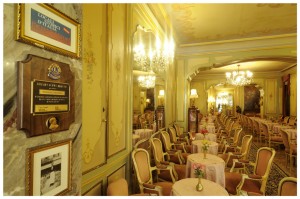 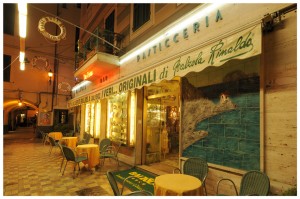 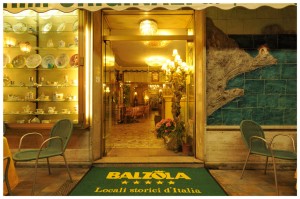